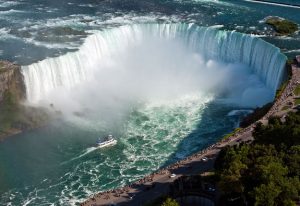 Excerpted from the Globe and Mail – The World Bank ranked Singapore as the easiest country to do business, followed by New Zealand and the U.S. for the third year in a row. The top eight countries — Hong Kong, Denmark, United Kingdom, Ireland and Canada — were also unchanged from the previous report. The bank ranks economies based on 10 indicators that measure the time and cost of government requirements in starting, operating and closing a business, trading across borders and paying taxes.

The rankings don’t reflect macroeconomic policy, infrastructure, currency volatility, investor perceptions or crime rates. Large economies that fell in the rankings include Germany, which dropped to 25 from 20, Mexico, to 56 from 42, and Russia, to 120 from 112. “Economies need rules that are efficient, easy to use, and accessible to all,” Michael Klein, a World Bank vice president, said in a statement. “Otherwise, businesses get trapped in the unregulated, informal economy.”

Eastern Europe and Central Asia, led by Azerbaijan, made more changes than any other region to make doing business easier over the past year, according to annual rankings of 181 countries by the World Bank. The bank heralded the 28 countries in the two regions for streamlining regulations, boosting property rights and widening access to credit. Azerbaijan jumped 64 spots from last year to 33 by cutting bureaucratic delays to start a business and sell property, making employment laws more flexible and simplifying tax payment. Albania, the Kyrgyz Republic and Belarus were other top reformers. Venezuela was the lowest-ranked Latin American country at 174 and the only country in the bottom 10 not in Africa, the bank said. Venezuelan companies must pay more than 50 taxes during the year…

We Ship Global, Ship Fast, Ship with Peace of Mind.

That has nothing small to medium in its services provided!